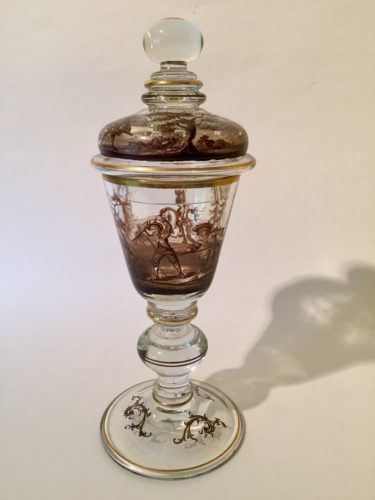 This is a covered goblet produced in Bohemia . The technique is known as schwarzlot, the whole design being executed in black. This particular piece is an example of 19th century historismus work. It was probably created by Josef Lenhardt at Steinschonau in Bohemia about 1880. 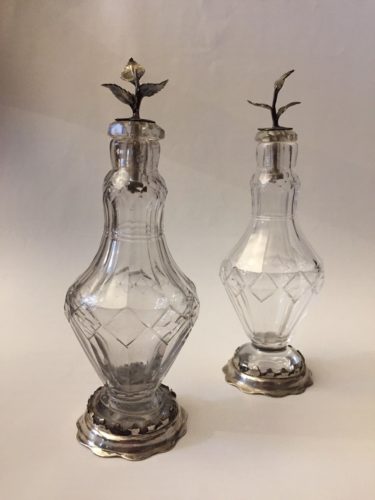 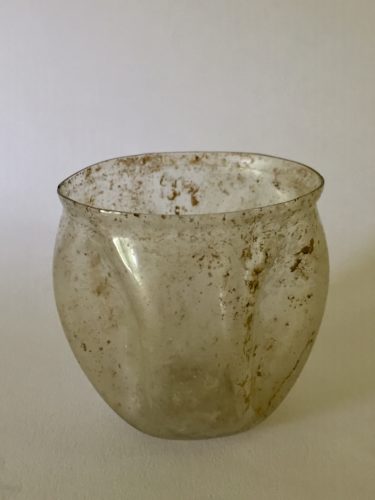 By Appointment Only
Marsham