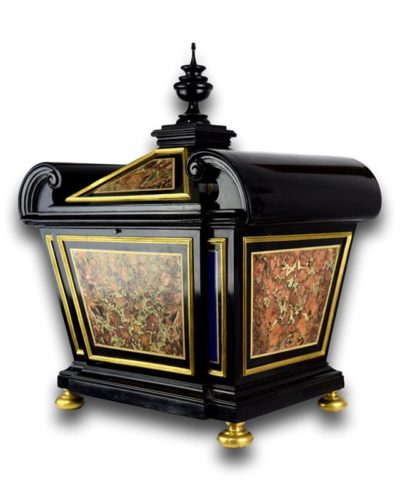 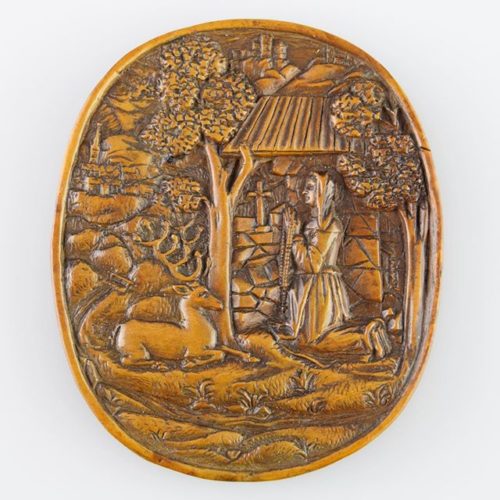 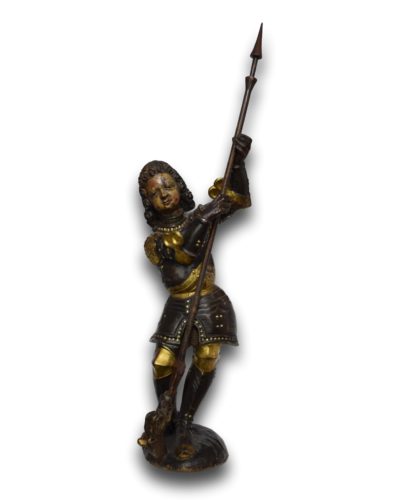 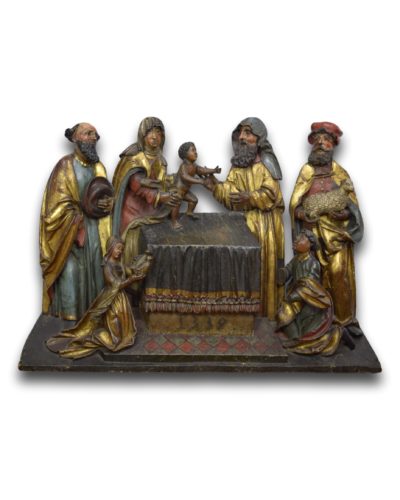 An imposing limewood retable group depicting the offering of Christ at the temple. The group comprises Joseph alongside the Virgin who is presenting the Christ child over the altar to the high priest, beside which is John the Baptist. The figures in the foreground, flanking the altar are most likely donor figures. Probably Alsace, dated 1559 & of the period. Measures 106 x 78cm.

Matthew Holder is devoted to the study & acquisition of early European Sculpture & Works of Art with a strong focus on Gothic, Renaissance & objects of the Wunderkammer.